Prev →  An interview with Robert Hilke – 1.English and Intercultural communication

Q: I’ve read in your blog you’ve recently noticed that many Singaporeans now speak to non-Singaporeans using “off-shore English” instead of Singlish to communicate more comfortably. Do you think that the usage of English has been changing more as globalization has broadened? Do you see other changes in English use in other countries, including Japan?

I’ve been in Singapore many times. It’s one of my favorite places. It’s clean, safe, the
food is delicious, and people are very friendly. I like the warm weather. It’s very comfortable. One thing I was struck with this particular visit was when people spoke to me or when people spoke to other non-Singaporeans; their English is much more standard than I had ever experienced before.

When I started going to Singapore, most people spoke some form Singlish, a kind of dialect that is very common in Singapore. It was quite hard for me to understand sometimes. But on my last visit, I felt as if people were making a conscious effort to try to speak a more standard English, something that we can call “off-shore English.” Of course no one owns English. It’s not a United States possession, or an Australian possession or a New Zealand possession. English is a Lingua franca of the world. It’s a tool people use to communicate with others who speak a different native language.

When it comes to having a standard variety of English, I know that there are different viewpoints. I used to be a part of “Gakkai(学会)”, kind of a conference of organizations of Japan, that’s called the Association of Asian Englishes. And many other people who are members believe it’s OK if each region develops their own English standard, for example, Japanese English, Korean English. I disagreed with some of the members, because I would agree that we need to respect local varieties of course, but at the same time, if people don’t have a standard, English will become like Latin. Latin of course used to be understood all over the world at one time. But then gradually fragmented into Spanish, Portuguese, French, Italian, many different languages. So now they cannot communicate. So if it happens to English…. So for me, I strongly feel there needs to be some standard. Having said that, the danger is the standard often resembles the U.S., American English, so that’s the danger of a kind of linguistic purism. I am very sensitive to that.

There needs to be language that everybody can understand as standard. And Singaporean people are really making a conscious effort. I talked to a lot of people, one memorable instance was when I was in a coffee shop, buying some pastries, to take on the street to have my breakfast. The lady spoke to me with very clear standard English, had a little bit of a Singaporean accent, but it was very clear. So I asked her “Do you speak like that when you talk to your friends?” She said “No. Of course, not. The local dialect is very comfortable, but I want be understood by non-Singaporean guests,” I felt really great because she is making effort to achieve that kind of standard. For me, that’s really really good thing.

I started to see it a little bit in Japan. When I came to Japan years ago, Japanese school teachers were very good at grammar but they were not good at having normal English conversations. That situation has changed a lot. In recent years, especially, many of the younger English teachers are very comfortable using English so I have a lot of positive feeling about directions for next fifteen years. Because you can’t escape English as I mentioned before. English is the world language whether it’s fair or not … just a reality. When I go to Europe, for example, one of my favorite countries is Holland. For several reasons: people are very friendly, food is delicious, and I feel like a normal size person (I am really big). Let’s imagine you are in Amsterdam. You are looking for a post office. A Dutch person is walking up to you. You don’t have to ask “Do you speak English?” I ask “Do you know where the post office is?”. So I have a dream. (I’m not Martin Luther King, … ) I have a dream. My dream is, fifteen or twenty years in the future, I am walking in Shimane prefecture or Tottori prefecture, I see a person walking up to me, and I go up to him, and ask him “Excuse me, do you know where the post office is?” … and I don’t have to ask “Excuse me, do you speak English?”. Because he will. That’s my dream. I hope everybody would be able to do that.

Next →  An interview with Robert Hilke -3. Japanese and English study 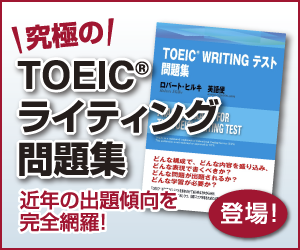