Prev →An interview with Robert Hilke – 3. Japanese and English study

Q. Along with grammar and vocabulary, we believe effective writing has a lot of other important elements including integrity, clarity, etc…. According to our members questionnaire, they feel the most difficult aspects of English writing are: English formality (Business emails) and English logic.
Do you have any opinion on this?

When it comes to formality, one of the maps we developed is ”appearance of equality“ and “appearance of inequality”. The “appearance of equality” is the scale on which we pretend that we are on the same level even though we know we are not on the same level. It’s a kind of social lubricant in order to make a smooth relationship so we call each other by first names, maybe put hands in pockets and move around telling jokes. The other end of the scale is “inequality “ where we exaggerate any gap to show respect, so for example in Japan, if you receive somebody’s business card. Almost certainly without thinking about the first place you look is the title on the business card, if it says “senior managing director”, then your 10-degree bow becomes 45 degrees to show your respect.

And so when it comes to writing, as a tendency if you write somebody from the U.S. or Australia or New Zealand, we tend to write the first name. So instead of writing Dear Kaneko-san, write Dear Yasu, but the advice I’d like to give you is, it’s always safer to be a little bit more formal at the beginning. Then always down the scale to less formal (casual). The opposite is not easy because if you make a bad first impression, then it’s really hard to recover it. A really good example happened a couple of years ago. Bill Gates went to Korea. He met the President of Korea at that time. Then he shook her hand with his left hand in his pocket. It’s very typical of “appearance of equality” behavior. We often do that because it’s very friendly, and relaxed. It was front page news in Korea, “Bill Gates disrespects Korean President”. Or another example in a big pharmaceutical company, the head of Global Finance is an American guy. He came to Japan. At the quarterly meeting, he gave a presentation to all the people in the company. He was sitting on the table as he gave the presentation. You know, in the United States, it’s natural to do that, it’s very comfortable. But it really created a bad first impression among Japanese people in the organization.

So it’s always better to be a little bit more formal. Then practical advice is to look at how the other person signs his/her mail. If she signs her return mail using only the first name, that’s a very strong signal, you should go ahead, and continue to use the first name. If she signs however, using her family name, it’s probably better to be a little bit more formal. That’s how I would answer. Unless you really know the person well, I wouldn’t say “Hello Bob” in the first mail, but if he signs in the return mail “Bob”. I write “Hello Bob”.

Next →An interview with Robert Hilke – 5. English logic 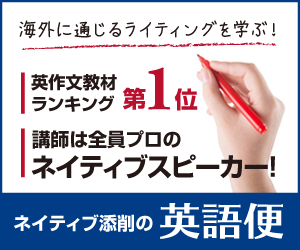